View cart “LEGO Scooby Doo ZOMBIE ZEKE MONSTER from 75902” has been added to your cart.
Filter by price
Product categories

Hannah Barbera’s Scooby Doo is a family favourite enjoyed by kids young and old and the LEGO Minifigure theme is no exception. Join Scooby and the crew solve the mysteries with your very own LEGO Minifigures. The Scooby Doo Minifigure is available in a couple of different varieties, constructed from two pieces with the base of the figure being the body and a standing version with a paw held up, or there is a sitting version with different faces of which portray different moods commonly associated with the lovable Scooby character. 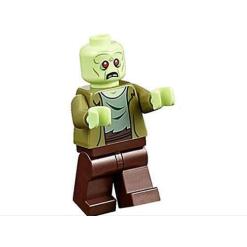 £11.99
Add to cart
As a member of the Mystery Crew, Scooby Doo is scared by monsters and will do anything for a Scooby Snack. In the LEGO Minifigure collection, the Scooby character is available in three different varieties; Raised Paw, Raised Paw with a Side Grin and Scooby with Goggles. The theme of Scooby Doo allows you to build your own set of Scooby Doo Minifigures and the current selection available includes;

- The main characters from the cartoon series including Scooby, Shaggy, Fred, Daphne and Velma

- A number of monsters, ghosts and villains including the Black Knight, a Glow in the Dark Ghost, the Headless Horseman, Lighthouse Keeper, Mummy, Vampire, Swamp Creature and a Zombie.

Cartoon Minifigure products such as Scooby Doo are extremely popular with LEGO fans worldwide. LEGO fans will instantly recognise the LEGO characters in the Minifigure theme with Scooby, Shaggy, Fred, Daphne, Velma and of course, the famous Mystery Machine and a number of ghouls, monsters and villains which make the Scooby Doo series liked by thousands of children (and adults) around the world!

LEGO Minifigures make a great gift for anyone who loves LEGO. Whether it’s a Birthday, Christmas or other special occasion, the Scooby Doo LEGO Minifigures supplied by The Minifigure Store will be well received by the recipient.